The Joker is probably the most famous and one of the most dangerous villains of the DC comic world. This year Todd Phillips directed the first solo film of the famous clown. Over the 122 minutes of the film, Joaquin Phoenix steps into the shoes of Arthur Fleck and leads the audience through the story of how this man becomes the Joker in Gotham City of the 80s.

In modern pop culture, the Joker has always been a fascinating character. It comes down, perhaps, to his brutality or his lack of a moral compass. Or is it because the Joker’s past remains one of the greatest question marks in comics history? How does a man become such a calculating monster beneath the painted smile? In a lot of stories around the Joker, he never gets a real name or a past. There are origin Joker stories, but it’s like the Joker himself resists to have a background story. (Mosts of those stories have been retconned or deemed out of canon.) Is it an important part of the audience to know a character’s past? Maybe not. For people who come to this conclusion, Joker might not be right for them.

Directed by Todd Phillips, Joker follows the story of Arthur Fleck and his descent into becoming the Joker. Audiences follow his struggles, his view of life, and how he starts drifting into violence and establishing his own ideas of right and wrong.

From the beginning of the film, it’s very clear where the story is going to.Arthur is losing the contact with society. At the same time, however, there is a question to the viewers: Did Arthur had a chance? Of course every person has the choice to become violent and do bad things or not. Arthur Fleck is a character who was born as an outcast. The deeper the film goes into his past and his present tragedies, then the more sympathy for Arthur comes up. After all this character has been through and what happens to him it’s human to empathize with him on some level. How does a person live after the rules of society when this society betrayed him over and over again? Is he a product of this society?

Arthur Fleck starts out as a person who really tries. He tries to be good, but fails and is failed by the system. It turns into a very dangerous character. The process of this failing and the consequences of it is tragic, nothing else. To see him as the villain that he becomes is hard. As an audience member, you are on a journey with him. The film lives by this conflict in people’s minds.

As Fleck struggles with his moral compass, then it’s easy to comprehend his actions. The brutality of these actions can still be shocking. What makes Joker so fascinating and controversial for people is the opposition of sympathy for the Joker and the moral disgust for his actions. They are pictured in a more brutal and real way than expected – even in the dark DC Universe.

The reviews for Joker are very mixed. There are very positive reviews, very negative ones as well and some people left the theatre early. Some because of the cruelty in mix with the representation of Jokers mental health and others, as they say, boredom. Or because they think that the character can be hailed up as a hero to some very dangerous, very real movements.

Joker is an excellent film: well shot, well made, well acted (especially by lead Joaquin Phoenix). If you like it or not, then that depends on your view of the Joker. Todd Phillips’ film makes him more human and shows vulnerable sides of him. It gives him reason and background. The character loses big parts of his mystic, but gains deepness. In my opinion, this deepness is a good thing. If you prefer the Joker to be his naturally cruel self without an understanding of his past, then this movie will not give you your Joker.

Joker is currently out in theatres. 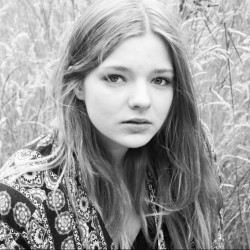