Well, who knows what we’re supposed to do with our weekends now? Saturday night saw the final of Strictly Come Dancing, after a massive 13 weeks of glitter, sequins and the odd dance or two. It’s hardly a surprise that it trounced The X Factor final from the previous week, peaking at 11.9 million viewers! Before we get on to who won, let’s take a look at all the dances:

Jay and Aliona: Unsurprisingly, the judges wanted Jay to dance the Quickstep again, after he went badly wrong when he originally performed it. This time, it was very nearly perfect, with just a tiny slip up. The dance was fast, like, ridiculously fast, and reminded us of what a real talent Jay is. Score: 36

Georgia and Giovanni: They danced the Rumba again, which Georgia got spot on. It was sensual, sexy, seductive, and a real work of art. Completely beautiful. Score: 36

Kellie and Kevin: The judges opted to see their Tango again, from week one, to see how much Kellie has improved. Well, it turns our she’s improved quite a lot. It was utterly perfect; she really didn’t put a foot wrong. Score: 40

Katie and Anton: Again, the judges asked to see their Quickstep, which was good, but unfortunately not up to the same standard as the others, by quite a considerable way. Score: 31

Jay and Aliona: Their show dance was beautiful; artistic, smooth, and almost flawless… It just wasn’t showy enough. We all wanted to be wowed and it all fell a bit flat, sadly. Still well danced, though. Score: 36

Georgia and Giovanni: Another beautiful and heartfelt show dance, with a bit more to it than Jay’s, but still stopping short of the real wow factor. Score: 36

Kellie and Kevin: Now THAT’S how you do a show dance! Their Lindyhop was fast, frantic, fun, and a true delight to watch. Simply sensational. Score: 40

Katie and Anton: Enhanced by dancing to “O Fortuna”, Katie really gave this her all. Some daring lifts, and great moves but still not quite up to par. Score: 31

Katie was then eliminated at the start of the second half, leaving our final three to dance their own choice.

Jay and Aliona: They chose their Paso (not their Jive, boo), and they got it spot on. Jay pulled it out of the bag when it really mattered. Score: 39

Georgia and Giovanni: They danced the Charleston again, and it was Uh-maz-ing. So, so good. The best part for us was after, when Craig said he’d be honoured to have Georgia in one of his West End shows, and she promptly burst into tears. Poor lamb. Score: 40

Kellie and Kevin: In keeping with the rest of the entire world, Kellie and Kevin jumped on the Star Wars bandwagon and recreated their Charleston to the Cantina. Sublime, as always, and a whole heap of fun. Score: 39

And the winner is… JAY!

In all honesty, this is the first year where we would have been happy with any name called. Each and every one were worthy winners and we have loved watching all of them. It’s been a great series and now the public have decided; Jay is the Strictly Come Dancing champion, 2015. 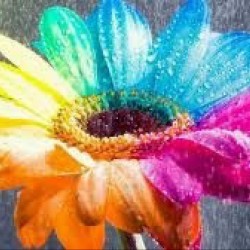