What’s going on in the new TVD and Arrow posters?

Laurel and Roy join Team Arrow, Stefan and Elena are holding hands while Bonnie grabs hold of Damon, and Caroline is left looking forlorn on the ground. Seriously, what’s going on? Let’s take a close look at each poster recently released by the CW network to whet fan’s appetites and incite further speculation about the season to come for both residents of Starling City and Mystic Falls. Also the synopses for the premieres of both shows have been released and lordy, they have quite the episodes in store for us.

The official promo poster from TVD’s Twitter account shows Elena holding on to Stefan (Paul Wesley) while Caroline (Candice Accola) is seen crawling on the ground. On the left side of the picture Damon and Bonnie are standing together- alluding to the fact that wherever they are, they’re together, with Bonnie holding onto Damon’s coat. What does it all mean? Here’s to hoping that Caroline on the ground isn’t foreshadowing something dire in store for our favourite sassy blonde vampire. Especially after that scene between Caroline and Stefan which made all the Steroline shippers rejoice.

I have no strong feelings on that shipping front, because my Bamon is showing, all that I’m wondering about (in the ships department) is whether or not Bamon will happen. Sorry Jeremy. What’s with the mirroring of the clock-towers? With one light and the other dark, speaking of light and dark- how’s Tyler fairing with the moon behind him? With a regression to pre-hybrid status, what will this mean for the young Lockwood?

If you haven’t already read the synopsis for the premiere episode ‘I’ll Remember’, which we’ll see next week on October 2, check it out below:

“After spending the past four months coping with the loss of Damon in an unconventional and potentially dangerous way, Elena has returned to Whitmore College for the start of sophomore year. Unable to move on, Caroline (Candice Accola) is desperate to find a way to reverse the anti-magic spell the Travelers have put over Mystic Falls and grows frustrated when her calls to Stefan go unanswered. Tyler (Michael Trevino), who is human once again, has a run-in at a football tailgate that tests his ability to control his anger, while Matt (Zach Roerig) worries that Jeremy (Steven R. McQueen) is dealing with the loss of Bonnie in a self-destructive way. Alaric, who is struggling to adjust to his new life as a vampire, finds himself in an awkward situation when he meets Jo, a beautiful doctor at the university hospital. Last, while everyone believes Stefan is off tracking a lead to get Damon and Bonnie back, Elena is shocked when she learns the truth of what he has really been up to.”

The poster puts Oliver “The Hood” Queen front and center, standing on a road, flanked by Felicity and Laurel (his new and old loves? The Olicity shipper in me is still miffed about that fake out in the finale) and Roy and Diggle.

The background is half a leveled city in darkness with the moon shining upon what looks like a city on the mend. However whether this is an indication of whether things are set to improve or whether the new big bad is set to throw everything into chaos once more remains to be seen. But c’mon, this is Starling City- of course chaos will rear its ugly head with a new villain. While there’s no sight of Thea on the poster, and her note to Roy in the finale told him she’d never be returning, I’m not sure she’ll adhere to her note’s message. Also, who’s ready for the adorableness that is Diggle the dad? I sure am.

The synopsis for the season premiere, titled ‘The Calm’ (before the storm?), has also been released:

“OLIVER SEARCHES FOR AN IDENTITY BEYOND THE ARROW — With crime in Starling City at an all-time low thanks to the Arrow (Stephen Amell) and his team, Oliver thinks he can finally balance being both the Arrow and Oliver Queen and asks Felicity (Emily Bett Rickards) out on a date. However, when a new villain (guest star Peter Stormare) emerges, who has claimed the name Vertigo from the recently deceased Count, Oliver is caught off-guard and someone close to him is hurt. Oliver and a newly suited up Roy (Colton Haynes) take on the Count. Meanwhile, Diggle (David Ramsey) becomes a father, Lance (Paul Blackthorne) is promoted to Captain, Laurel (Katie Cassidy) joins Arrow’s inner circle and Felicity gets a part-time job at a tech store to make ends meet. Also, Oliver fights to regain his company, Queen Consolidated, but comes up against a very worthy opponent — the charming Ray Palmer (Brandon Routh). Glen Winter directed the episode with story by Greg Berlanti & Andrew Kreisberg and teleplay by Marc Guggenheim & Jake Coburn (#301).” 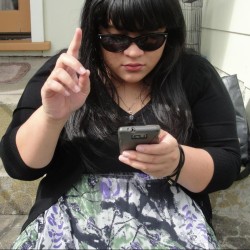