For any of you familiar with Scott Bakula’s earlier works, those two words should be one of the first things to come to mind. As the ever lovable Dr. Sam Beckett, Bakula stole our hearts (or mine at least) with each time leaping journey he took on Quantum Leap. Since then, he has appeared on a variety of shows, including Star Trek: Enterprise, The New Adventures of Old Christine, Chuck, Men of a Certain Age, and Desperate Housewives.

Now he will be taking the lead for the new spinoff to one of CBS’s most successful franchises, NCIS.

This NCIS will be centered in New Orleans, or the Big Easy, as we Louisiana natives lovingly refer to it. Bakula’s role will be as Special Agent Pride, an agent who is said to embody New Orleans. “He’s a unique federal agent working in one of this country’s most unique cities.” as detailed by CBS.

The new office will handle cases in Pensacola across to Mississippi, Louisiana and the into Texas panhandle. The new CBS pilot will air as a two part NCIS episode this spring. “New Orleans with its rich setting of music, fun and debauchery is a magnet for military personnel on-leave. And with fun comes trouble.” NCIS star, Mark Harmon, and executive producer Gary Glasberg will be the executive producers for the spinoff pilot episodes for CBS.

A show featuring one of my favourite cities in the world, and my first time travelling crush? I’m sold. Just tell me when and I’ll be there! 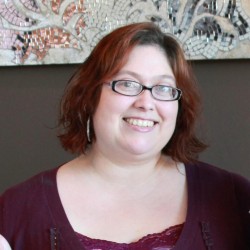 Follow me
Deanne Cooper
I'm just a thirty-something, small town southern girl, who bakes and decorates fabulous cakes for a living, and tries to find time for everything else in between. Staff writer for 4YE, an overly enthusiastic fangirl who watches copious amounts of television, gets lost in books on a regular basis, and has several fictional boyfriends. I'm a self-certified movie critic, music snob, baseball fanatic, and a wine connoisseur in training. A nerdy girl with nerdy friends.

Follow me
Latest posts by Deanne Cooper (see all)
Advertisements